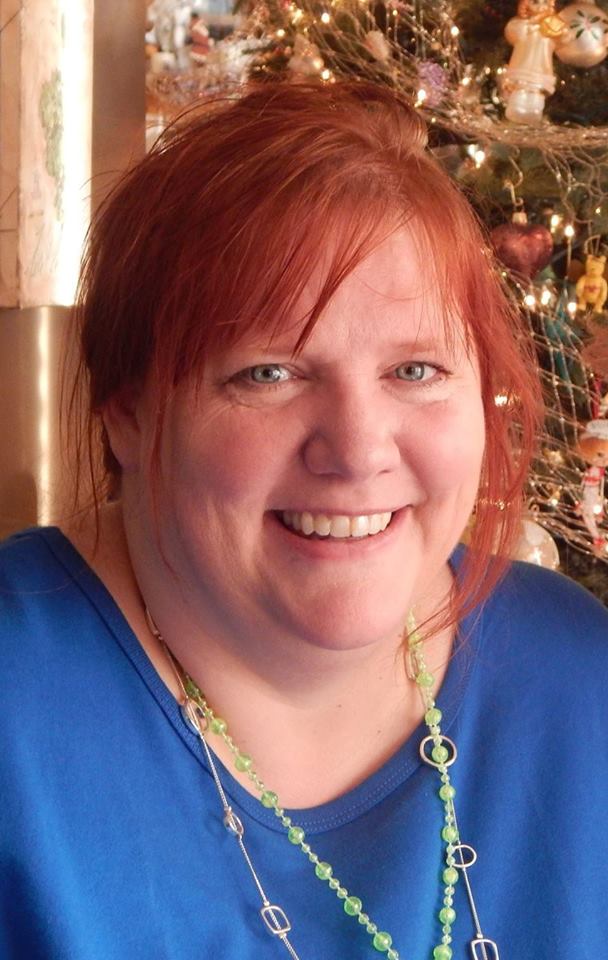 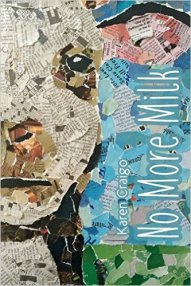 A lot of my writing is about thinking things through, and the rest of it is about pinning down some beauty that I don’t want to lose. When I sit down in front of a page, I’m either captivated by some unexpected gorgeousness I’ve encountered through my kids, or I’m puzzled and working to find truth. Honestly, the writing goes best when I’m communing with my spirit instead of trying to be clever. Sometimes—most of the time?—it’s a very uncomfortable conversation.

Mornings are my best time to write. This semester I’m teaching a 7 a.m. class three days a week, and that really messes with my mojo. Ideally, I wake up at 5 and write for a couple of hours. I have a current project that includes a morning meditation and haiku-length poem on a previous day’s gun death, so that comes first, but then I blog or write a poem or story until someone wakes up and enters my space.

A first influence—that’s a very hard question! Dr. Seuss’s rhythms are cemented in me, of course, and then I graduated to Encyclopedia Brown and Nancy Drew. My first favorite poets were the Romantics, followed by Richard Hugo and John Berryman and Louise Glück and lots of others. I’ve always read anything and everything I could get my hands on, so my influences are somewhat widespread. Same goes for today—I always have my nose in a litmag or a new collection. My very favorite poet? That’s probably Carl Phillips. I’m a big fan of how he is simultaneously bold and very earnest. Seeing him read in person was life-changing, or at least art-changing.

Thanks for saying that! Frankly, though, I’m always engaging the world and I’m always feeling completely overwhelmed by it at the same time. I try to take that fullness to the page. The real trick isn’t to clear the mind and find my space; it’s to find writing time. Social media can squander time—that’s the danger it poses to a poet—but when I am nearly overwhelmed with all that I’m thinking and feeling, I do very well with my writing. A long writing session at a time like that can be very cleansing and comforting.

For me, it’s attention to the page, and an ability to see what’s emerging in the text. At some point I’ll look at my draft and see a system of imagery or the thread of an argument, and I can begin to massage that into fuller expression. I’m also someone who sits down and tries to make something happen when I don’t feel full or inspired, and then, too, the words sort of do their thing, whether I’m watching them or standing in their way. Focus is where the artistry comes in, though. I think I see the bones of a poem and I’m like an archeologist going at it with a cocoa-bristle brush, trying to distinguish the edges.

You know, I’m not actually someone who gets a lot of pleasure from writing poems. It’s very hard for me. I get personal, and the results can be troubling. I’m not a craftsperson; I polish things up and put them in the best shape possible—I mean, I think my craft is pretty solid—but grappling with ideas is messy and difficult. What gives me the most hope is the gift that happens sometimes, when you sweat over a poem and then read through it and see that something has appeared that is beyond your initial plan—some system of imagery, some rhetorical thread, some new understanding that you discover rather than calculate. I feel very connected to a universal mind in these instances, and it’s just such a source of amazement for me—and, yes, strength, too.

Every day, I wake up, and the first thing I do is Google for the previous day’s deaths to gun violence. There are always plenty of instances to choose from, and I read through the news and pull one out that moves me. Today’s, for instance, involved a man and a pregnant woman just sitting on the porch at night, after the heat of day, and someone pulled up in a car and blasted ten shots in their direction. The man died and the woman was hurt in the foot (thank goodness—she’s nine months along). I write a small poem about the death, and it’s in a form that Allen Ginsberg made up, the American sentence—sort of an American haiku, seventeen syllables and a single sentence. I’ve been doing this daily since the Pulse night club shooting in Orlando—such a tragedy—and I’ve told myself that the first day I wake to a nation that has given up violence, even for one twenty-four-hour period, I’ll stop. I’m wondering if I’ll ever be able to stop. At any rate, though, my poems serve as an alternate headline for the news—the spirit’s headline, as I construe it. It’s heartbreaking and terrible, and as projects go, I don’t recommend it.

I’m just not too sure, yet—I may still be learning. The thing is, I don’t have a huge political goal. I’m not anti-gun; my father got me my first .22 rifle when I was only eight years old, and I learned to use and respect weapons. I actually enjoy shooting. Do I have a plan that I want Congress to approve? No. But I’d like us as a nation not to turn our backs on fear and suffering, and to come together and think of a way to stop the violence and, yes, the preponderance of guns. What I think I’m learning is that the heart has a place in our national discourse, and I really believe that what I’m doing is important, despite my inability to articulate an end goal. I just want to mourn and remember the people who have been lost to our love affair with weaponry as every day I meditate on how to become a more peaceful person myself.

There is sometimes a tension between the idea of a community of writers and the act of writing. Writing happens pretty much alone, even in most collaborations (although there are exceptions). Community can stand in the way, actually—it can suck up our alone time and influence us toward groupthink instead of individualized thinking. Community is really valuable when it comes to publishing information and advice, or when it comes to making work public in other ways—our work is not really finished until it has a reader, is it? One of the best things we can do is make time and space for each other, and hold each other in the light in a space where other friends and family may not understand what it is we’re trying to do. Friends are always good; maybe we take those good feelings into the vacuum with us and it makes the whole act more bearable.

It’s pretty basic: “Writers write.” I know a lot of people who call themselves writers but they never seem to find the time to sit down and create. I’ve even been that person, and I’ve called myself a writer up until it got too embarrassing to claim the title. Now I have a daily writing habit, and I treasure it. My life really doesn’t work out unless I’m writing.

I haven’t always—but I’m following it to the letter now. Not following that advice meant that I was 47 before my first book came out. You have to do the work for the magic to happen.

I think I heard way too much early on about the evils of sentimentality, and I started to think that certain topics were off limits. By this I mean obvious topics, ones that I now see as pure poetic “turf”—things like love and nature. Someone could have done me a great service by telling me not to pay heed to conventional wisdom. Everything has “been done.” That doesn’t mean I can’t do it better—the art is in the trying. I plan to write love poems until I’m no longer able to love.

Writing for me is an act of loving attention—to family, to self, to the universe—and when love is removed from the equation, my poems don’t matter very much; they might achieve a sort of technical proficiency, but they don’t contribute anything meaningful beyond that. Actually, when I sit down to write, I’m engaged in a deliberate act of meditation, and lovingkindness is my focus—even if the result doesn’t seem to reflect that mindset. Writing is a spiritual, contemplative practice for me. It’s prayer. I’m plugged in to my own spirit and to universal mind when I’m engaged in writing. It’s truly the setting where it all comes together for me.

My husband writes fiction and I write poetry, primarily, and I love the difference. He writes to fool around and see what kind of trouble he can put his characters into, while writing for me is a torturous process sometimes—it can be messy and painful, and it’s the same every day. When we come together, we have totally different ways of thinking about writing, and I never get tired of hearing him talk (or of talking myself) about processes. We’re an odd pair—what we do looks the same, but it’s very different. Maybe he’s a snake and I’m a worm; he’s a predator who employs careful strategy to get his prey, while I just process a big pile of dirt, leaving behind a slightly different, and I like to think improved, pile of dirt.

It’s a beautiful thing, knowing that my book is in the hands of readers. Just this morning a friend wrote me an appreciative Facebook message, and I’ve been glowing all day long. Writing is what it is, and publishing in magazines helps to complete the loop a bit—we find readers and then the poem is done. But a poetry collection is a holistic organism; it’s much more than a bunch of poems, but rather it’s a system where all parts work together. It’s both daunting and extremely gratifying when the work is encountered by a whole different consciousness. The book is me; any reader who takes it in is by extension taking me in, too. I feel such a connection to my readers. My readers! I just said that. I have readers. Absolutely everything is worth it now.

My second book, Passing Through Humansville, is forthcoming from ELJ Publications in April 2017, and I’m actually circulating a third manuscript at the moment, Ode to the Mediated World. Two chapbooks are forthcoming—one very soon (Escaped Housewife Tries Hard to Blend In, forthcoming from Hermeneutic Chaos). It’s an embarrassment of riches! Meanwhile, I continue to write poems, and I also write essays and stories. Some of my blog posts are going to be published by Sundress Publications as a publishing textbook, so I’m polishing those, too. In 2015, I made writing a priority (I actually declared it “The Year of the Book”), and “the book” happened, and then the next and the next and the next. Funny thing—sometimes when you tell the universe exactly what you want, it delivers in remarkable ways.

Oh, I don’t know—“Who do you think you are?” comes to mind. I feel almost like a poser when I talk about my writer self. I work really hard, and I’m certainly a writer, but I feel like I’m playing dress-up in someone else’s much more impressive suit of clothes. I’m just appreciating the wonder of it all right now, and I don’t recall having ever been happier.